287 + 291 Richmond street west Traffik Night Club and Palms Patio have become Toronto’s NEW hot spot due to popular demand! The Traffik night club is a combination of a big club feel with 10 very comfortable size V.I.P. booths and the light up dome feature with a stage beneath it ensuring that any party will be the most entertaining none the less. With a generous dance floor and 3 sets of ...

The Traffik night club is a combination of a big club feel with 10 very comfortable size V.I.P. booths and the light up dome feature with a stage beneath it ensuring that any party will be the most entertaining none the less. With a generous dance floor and 3 sets of bathrooms, this multi-level play ground has 2 patio’s fitting comfortably 1000+ people in the main room.

The second floor has much more of a relaxed lounge atmosphere compared to the first floor as it features a gorgeous long main bar as well as 5 spacious VIP tables/booth and a balcony on the second floor overlooking the first providing more of a lounge feel with a bit more privacy.

Palms patio is Toronto’s newest and number 1 heated and covered roof top patio. Consists of 7 luxurious sized V.I.P. booths and hold about 450 people with its own sound and also boasts as one of the loudest sound systems on a patio in the heart of the city. Plexiglas surrounding the vicinity ensuring that you are actually able to hear the music and able to look down upon Richmond street. With the state of the art sound & light system, it is almost impossible to not find a party on this spacious dance floor.

Come and witness class and a positive club energy with your best interest in mind.

Toronto are you ready?

Book your party at either Traffik night club or Palms Patio today and be taken care of please get in contact with us: 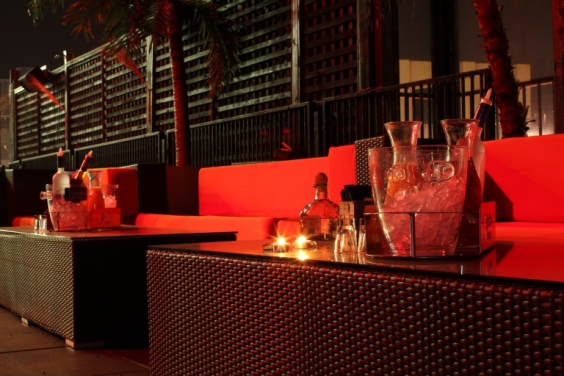 The Topless Affair At The Palms Patioclub

A few friends and I went to this club on a saturday night, it was horrible, the bouncers are rude, it barely had people in it, and the music was mediocre. The bartenders and other staff were ok, but the rude bouncers got to me-- a friend of mine wasnt even drunk and they threatened to throw her out of the club- the bouncer a 250 lb male- staring down a 100 lb woman and threatening her. It was plain rude and pathetic. We had a few drinks and just left it was not worth it at all. Lounges are more fun than this place. And i thought clubs wanted to attract women, not kick them out.

I went with a group of my friends for new year..worst time!
We paid for a booth, which we did not receive and the club overall just looks really dirty. The crowd was also not the best and overall just a horrible club.

I watched the bouncers attack an innocent fellow whom a drunken patron had spilled a drink on... really! He was head locked and dragged by about 10 bouncers i saw it all and left at a club or a bouncer its a twofold , two sides to every story but assaulting one is different i will never support this club or recommend it!

They Give Girls FREE drinks! by far the best party on a saturday night!

Had my friends bachelorette there and everything was perfect

Visited Traffik on Nov. 27. Great place, cozy atmosphere, the light show is one of a kind, and the DJ feels the crowd like no tomorrow. Amazing experience.