Sensual art, decor and lavish service come together inside Toronto's most romantic newest nightlife destination, Juliet. This 21+ King West lounge is set in an atmosphere of love and fantasy for the city’s young professional and mature clientele. Stop by this exclusive nightclub for top 40, hip hop and R&B, or to watch the next big game with Toronto’s finest in attendance. Guestlist, VIP ...

Sensual art, decor and lavish service come together inside Toronto's most romantic newest nightlife destination, Juliet. This 21+ King West lounge is set in an atmosphere of love and fantasy for the city’s young professional and mature clientele. Stop by this exclusive nightclub for top 40, hip hop and R&B, or to watch the next big game with Toronto’s finest in attendance. 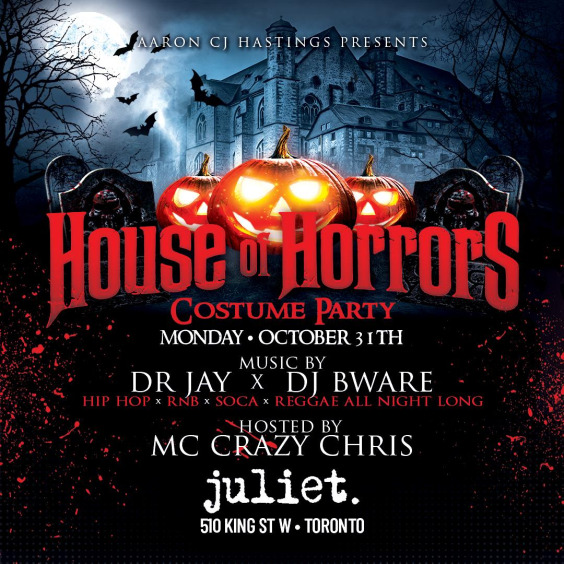 Where To Get Cheap Prescriptions Ellinnore

I can't believe i'm even leaving a review, but the club was that bad.

Firstly, on a saturday night, men under the age of 21 are not allowed in. There was absolutely no indication of this rule on the website. The website stated that the crowd type was 21 plus, however there was no indication that men aged 19-20 were not allowed in. Their whole, "age group of 21+ but you can come in if you're 19+" on their website confused me, so i called the club the day of but they did not pickup the phone after multiple tries.
That was an utter disappointment because i had arrived at the club with my girlfriends and some guy friends, all of us aged 19-21. The guys were allowed in because they were 21. The girls were allowed in because they were 19. However, we had a second group of friends arriving of 20 year old guys and they were not allowed in the club because of their age. We quickly addressed the bouncers but nobody budged, and our friend group got split up for the night since nobody wanted to leave because the guys already paid cover.

Secondly, the vibe inside the club itself was trash. The club was dead and there weren't people dancing at all. Everybody was just kind of staring around from their booths. I don't understand why they wouldn't allow 19-20 year old guys inside the club to help hype the vibe up. It was also just so odd to see 40 year old dudes mixed with 19 year old girls, i felt like i was at luxy's. If call me juliet wants to make a mature vibe club, then they should make the entire age group be 21+. I didn't feel very comfortable when me and my friends walked into a dead club to be greeted by creepy 40 year old guys staring at us. And we couldn't even stay with our 20 year old guys friends because they weren't allowed in.

Thirdly, drinks were hella expensive. Like i paid $26 for two jager bombs. Again, there was no indication of the steep price of drinks on the website and i couldn't contact anybody to ask about it the day of because nobody answered the phone or replied to my emails. We really wanted to split drinks with our 20 year old friends but unfortunately we couldn't because they were allowed in (but for some reason, us 19 year old girls were).

Overall, the club was awful. Awful age rules, awful vibe, and crappy prices. I would literally recommend going anywhere else other than this club.
Maybe if you're a 40 year old thats trying to take the guys and girls out for a drink after you solidified a business deal then this would be the club for you, but if you don't have $200 to spend on drinks, if you want to dance, and also if youre a male aged between 19-20, this is not the club for you.