El Convento Rico Nightclub has near legendary status in Toronto as a place that is full of life and surprises! It's a unique environment that has evolved over the years. El Convento Rico Nightclub is proud to be Toronto's most mixed bar, and will always welcome people of all walks of life. Their world famous shows entertain thousands, and they provide the best in local and international talent. ...

El Convento Rico Nightclub has near legendary status in Toronto as a place that is full of life and surprises! It's a unique environment that has evolved over the years.

El Convento Rico Nightclub is proud to be Toronto's most mixed bar, and will always welcome people of all walks of life. Their world famous shows entertain thousands, and they provide the best in local and international talent.

Every Friday and Saturday night at El Convento Rico Nightclub holds world famous shows to entertain their guests. A detailed calendar of events are available on the El Convento Rico website! 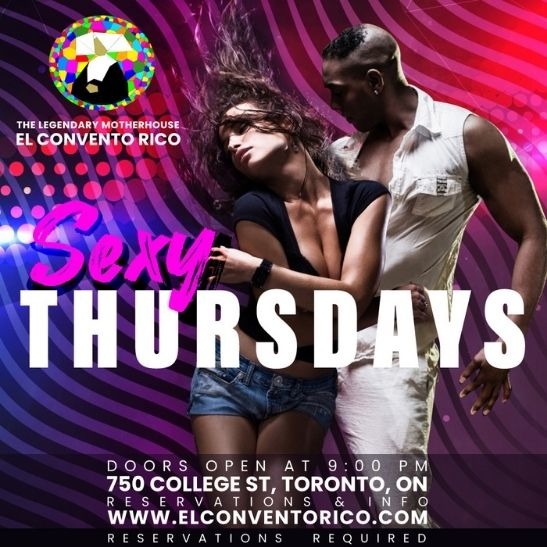 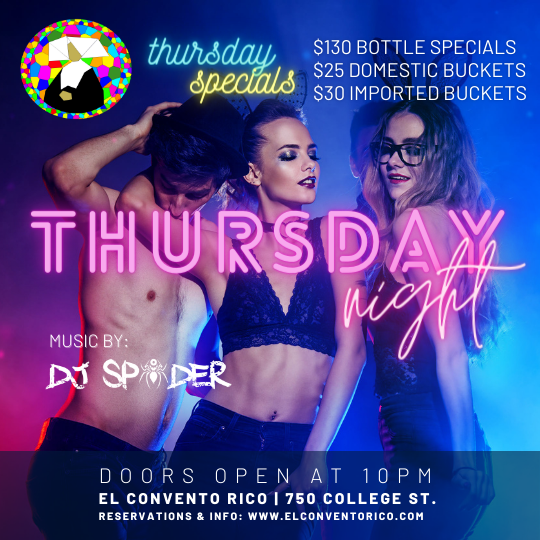 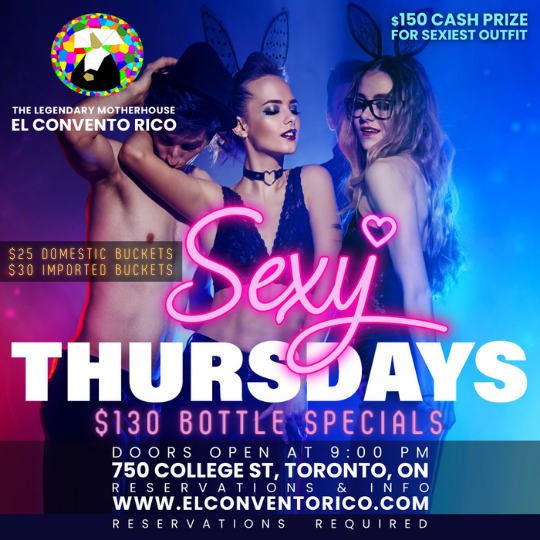 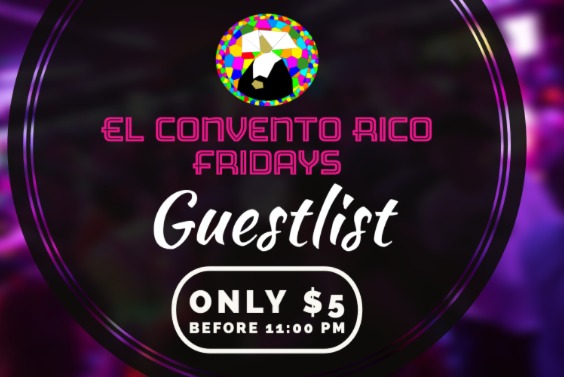 submitted by Izzy for El Convento Rico Nightclub on April 15, 2013

I would never ever go back again! A bunch of losers that hang out there including nasty ass fake trannies that act like theyre the shit, when clearly, they're NOT! Its such a disgrace! Thats not a club.....thats a nasty over crowded sweat smelling brothel! Its not worth the $10.00 to get in here, save yourselves the money and the hassle!
Gross place! Never ever will i go back in that shit hole!

submitted by Alex for El Convento Rico Nightclub on December 11, 2012

Let me start of by saying that I am straight and married. Me and my wife frequent this club quite often. People who write bad reviews for this club are very close minded. If you are looking for a purely straight club, this is not a place for you. However, if you are looking for a fun place to be in on Friday or Saturday night then this is the only place to be! Definitely my favorite club in Toronto area. Every night there is also a trans show for about 30 minutes, and the performances are very nicely done. RICO WE LOVE YOU!

submitted by Rico for El Convento Rico Nightclub on March 4, 2012

this club is so much fun! its a good Latin feel! very enjoyable! it can get a little hot but other then that its a good time all around!

submitted by claudia for El Convento Rico Nightclub on January 31, 2012

All i need to say is the people who state the club is garbage are extremely closed minded and have no class if you are to be calling us losers for enjoying the entertainment that El Convento Rico has to offer. i have been there twice and have enjoyed every minute. We are always comfortable in that atosphere and the trannys you don't seem to enjoy is one of the many reasons people go, so stick to your uptight crowd who like to pretend they are something they're not. And as for you saying that people who go there are fat and ugly well honey i am not fat or ugly so don't get all high and mighty because you are probably not much to look at either. LOVE EL CONVENTO RICO and will be going back soon

submitted by nikoletta for El Convento Rico Nightclub on January 30, 2012

submitted by chris for El Convento Rico Nightclub on January 2, 2012

I thought it was a spanish dance club! But its a club of losers all drooling and grinding on trannys! They actually stopped the dancing to clear the dance floor for 30 minutes for everyone to watch trannys lipsyncing and dancing on a pole! People were sitting on the dirty floor gawking at the dancing messes! Don't bother going if you are sophisticated and have a brain! Go if you like over weight girls dressed like snookie and men dressed like women! And it stinks in there like a diaper!

submitted by Suzette for El Convento Rico Nightclub on June 21, 2011

I've been going to Rico's for just about a year now, And I absolutely love the staff is friendly very help and make you feel very comfortable. The entertainment is great . The music is fun and really is awesome. I too have gone to many club and alway find my way back to Rico's. I'm a married women who enjoys my nights with friends and we always have a great time. It's a place to go atleast once.

submitted by Ally for El Convento Rico Nightclub on April 17, 2011

Terrible club, a tranny shaking it on a pole, with a bunch of low lifes screaming about it.... No where to sit, no service unless UR a loser, and no customer service as far as this club goes, I give it a 0. I have enjoyed myself better at random clubs around the gta, and as a clubber, I have to say this is one of the worst clubs I've ever been to. Save urself the hastle.